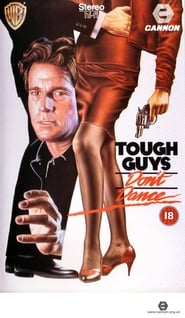 Writer, ex-con and 40-something bottle-baby Tim Madden, who is prone to black-outs, awakens from a two-week bender to discover a pool of blood in his car, a blond woman's severed head in his marijuana stash, and the new Provincetown police chief, Captain Luther Regency, shacked up with his former girlfriend Madeleine. As his father Dougy helps him try to unravel the mystery, he is dogged by the psychotic Capt. Regency, who has it in for Tim as a car-crash that he was involved in with Madeline has left her unable to have children. Flashing-back to the past, Tim remembers the time when he encouraged Madeline to swing with a Li'l Abnerish couple from down South, the fundamentalist preacher Big Stoop and his Daisy Mae-ish wife, Patty Lareine, whose ad Tim had come across in 'Screw' magazine. It's on the trip back that the car crash occurs, since Madeline is incensed that Tim has so enjoyed Patty Lareine's charms. Except for his father Dougy, who is dying of cancer, Tim suspects everyone, including his ex-wife Patty Lareine, multi-millionaire prep-school pal Wardley Meeks III, - and himself - of murder. Patty Lareine had left Big Stoop, married Wardley, left him in a messy divorce which netted her a rich cash settlement, and in turn married Tim, whom she fancied. Patty Lareine disappears, and Tim goes on his fatal bender that has left his memory in shards after receiving a letter from Madeline informing him that her husband is having an affair with his wife. Tim remembers his assignation in the local tavern's parking lot with the blond porn star Jessica Pond, while her effete husband Lonnie Pangborn watched from the sidelines, distraught. It was Jessica's head in the Hefty bag with his grass, but soon, another head turns up in his marijuana stash, that of Patty Lareine. We eventually learn that she and her ex- Wardley, a bisexual skewed towards the gay side, had been involved in a massive marijuana deal, a deal that also involved Jessica Pond and Lonnie Pangborn, who are also missing. Will Tim be able to get to the bottom of the mystery and save himself from another stretch in stir? As his father Dougy reminds him, "Tough guys don't dance," and Tim has been doing everything but the Charlston in his attempt to keep ahead of the forces closing in on him. Will he unravel the case and reclaim his lost manhood? And what does an old witch trial and the unspeakably lumpen sleazoids down at the garage at the outskirts of town have to do with all this?