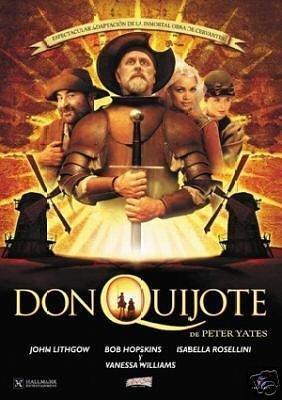 Adapted from the work of Miguel de Cervantes, this is the story of a hidalgo, fanatic for chivalry novels, who loses his sanity and believing to be a knight named Don Quixote de La Mancha, decides to go on imaginary adventures along with his friend, the simple farmer Sancho Panza, who becomes his squire. On their journeys, they rescue dames in distress in honorable acts and fight giants among other perils, with Don longing to be with the love of his life, lady Dulcinea, and Sancho waiting to be rewarded with an island where he's about to become a governor.