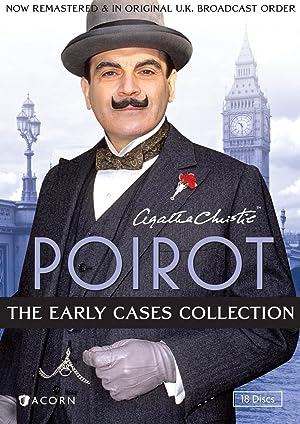 This whodunit series based on Agatha Christie's crime novels and short stories, is named after its star sleuth, Hercule Poirot, a famous former Belgian policeman, who settled for good in London after the war, soon so famous as an infallible private detective that he becomes a society figure in his own right. In each episode Poirot gets to solve a crime mystery -mostly murder(s)- for a paying client or otherwise catching his attention, generally along with his faithful English sidekick Captain Hastings and/or his Scotland yard 'friendly rival' Detective Chief Inspector Japp.