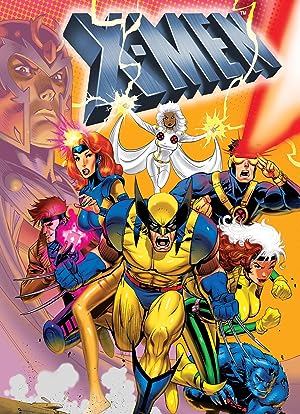 In the Marvel Comics universe, mutants, people with genetically endowed superpowers, are a persecuted by a hateful and fearful populous. One shelter from this is Professor Xavier's Academy for Gifted Children. But the school has a secret function as a training centre for mutants to control their abilities so they can function in regular society. It also serves as a secret headquarters of a superhero team, called the X-Men formed both to be a positive example of mutants and as an opposing force against those mutants who seek to force the world to kneel to their perceived superiority. This series recounts their adventures as they struggle to make the world accept them, while battling villains like Magneto, Apocalypse and the genocidal robots known as the Sentinels.